31 Dec 2017/Sunday: As per our anonymous analyst who wants to keep his name confidential, Pakistan Army was behind the November Protests in Pakistan. This reiterates that self-harming nation attitude of Pakistan.

On Dec. 19, Gen. Qamar Javed Bajwa, Pakistan Army Chief of Staff, gave a lengthy speech at a Senate committee session in parliament. He briefed legislators on the state of public order in Pakistan had scheduled, touched on a wide range of issues, including democracy, politics, and cooperation between the military and civilian government in the fight against terrorism. The military did not acknowledge what its chief had briefed the legislators. Local media went into a spin reporting that Pakistan Army Chief says that Military is not destabilizing the country. He even offered to step down if Pakistan Army hand was found behind the November Protests.

The protests were held by an Islamist party founded in 2015. The main thoroughfare was blocked by up to 2,000 people, demanding the resignation of Justice Minister Zahid Hamid because he omitted the name of the Prophet Muhammad in a bill to amend the country’s electoral law. Protesters claimed Hamid committed blasphemy by not mentioning Muhammad.

November Protests go Out of control

Six people lost lives as the protests grew increasingly violent in a clash with police on Nov. 25, according to organizers of the demonstration. But the police failed to disperse the protesters, who continued their sit-in. Similar protests started in other parts of Pakistan.

The police officers allege that the protesters were themselves armed with guns and tear gas canisters. As per Interior Minister Mr. Ahsan Iqbal, the protesters appeared to be well trained and effectively staged counterattacks against the police. This resulted in 100 police officers getting injured in the melee and it is speculated the military provided protesters with the weapons and training for the agitation.

During and after the November protests a series of complaints from civilian officials were received accusing Pakistan Army of destabilizing the Civilian Government. Islamabad High Court Justice Shaukat Siddiqui said, “If the army men are interested in politics, they should resign from the military and join politics,” at a public hearing in late November. “There will be threats to my life after I make these remarks. I could be killed or kidnapped,” he added. The object of High Court Judge’s wrath was the conduct of military during protests between 6 Nov to 27 Nov 2017 staged in Islamabad.

Justice Siddiqui lashed out at the military, for its refusal to comply with the government’s instructions. He also questioned for its role in a settling the dispute. The written agreement even includes a thank-you note addressed to Army Chief General Bajwa. “What is the status of the army chief in becoming a mediator?” the judge demanded.

As per the agreement, Justice Minister Hamid resigned as part of the agreement, while the government released protesters arrested during the disturbance and pledged not to prosecute them. “It was a failure by the government to deal with the protesters,” Zahid Hussain, a political analyst told the Viewpoint. “The government was forced to strike a deal on the protesters’ terms. The deal has set a very bad precedent. Other extremist groups will follow the same pressure tactics,” he said. In other words, Pakistan Army can get its Government sign on anything which it wants. 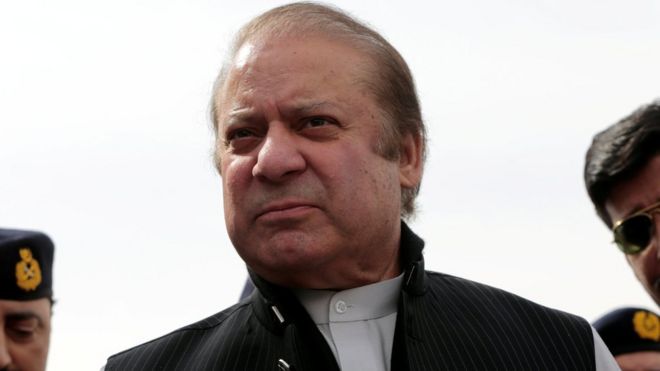 The government was on shaky wickets since disqualification of the then-Prime Minister Nawaz Sharif who was barred from public office by the Supreme Court. His name was mentioned in the Panama Papers, which exposed alleged tax evasion by political and business leaders in a number of countries. Former Petroleum and Natural Resources Minister Shahid Khaqan Abbasi hastily replaced Nawaz Sharif in August. He is believed to be a heavyweight in ruling Pakistan Muslim League-Nawaz. This protest was required for undermining the civilian elected government by the military.

Before the protests, the government wanted an unchallenged veto over foreign and security policies. The government also wanted a political space for dominating the military. Since 1947 Pakistan was under military rule for more than 30 years. Mr. Nawaz was PM of the country three tenures. He also succeeded in showing global community that Pakistan is any other ordinary country. But Pakistan military always hit back to prove that its dominance and converted it into a self-harming nation.

There are security issues stemming from the conflict with the western neighbor of Afghanistan. It already has locked horns with its Eastern neighbor for decades over a long territorial dispute of Kashmir. All self-harming nation is made its military to be indispensable leverage over its internal politics. Indirectly ISPR the military propaganda machine is fuelling the Indo-Pak rift from the date of its inception. ISPR was formally established in 1949 with army colonel Shahbaz Khan becoming its first director-general. When Nawaz and Modi tried to resolve the issues it became a threat to the Military dominance. If the conflict with India is resolved the Military will lose its control over internal Politics. Thus the November Protests was the last nail in the coffin of civilian government and subdue it. This is not welcomed by either India or the US.

The people of Pakistan have to decide whom they want to give the control. Ultimately it’s the image of Pakistan that is being battered. A nation is not made of Military but the people. It can be governed by anyone in any form of government but it’s the people who make it into a nation. A prosperous nation is always under civilian control. Peoples’ welfare is better looked after by civilians. In the coming general elections, people of Pakistan should reject the jihadi political parties established by Hafiz Sayeed and others. By rejecting them people will automatically reject the military dominance. This is the indicator the entire world is looking at. The world wants to see Pakistan as a progressive nation and not as a Jihadi, terror-sponsoring or self-harming nation.

ATTACK ON KASHMIRIYAT: IN THE NAME OF AVENGING NOOR TRALIS’ KILLING